Notice: Function add_theme_support( 'html5' ) was called incorrectly. You need to pass an array of types. Please see Debugging in WordPress for more information. (This message was added in version 3.6.1.) in /home/hopebehi/public_html/wp-includes/functions.php on line 5831
 hbbafrica – Hope Behind Bars Africa

We represented Miss Biu, for a capital crime she never committed after she had spent 2 years and 9 months awaiting trial.

Miss Biu was married off to a man 3 times her age when she was 13. As a child bride, she would often run away and would be dragged back to her husband’s house where she had to endure spousal rape, lashings and even the loss of her child. About 3 years after her marriage, she had an altercation with her rival which led her to run away from the house again. Before her return, her rival’s young daughter had fallen into an open well and died. Immediately Aisha returned, she was accused of killing her step-daughter and the local security men were summoned. Miss Biu was taken away to the city and handed over to the police who wrote a confessional statement for her and changed her age to that of an adult.

When we took up her case, she had spent 2 years and 9 months in prison. We applied for her bail which was granted by the court and a few months later we secured it based on lack of diligent prosecution. Today, Aisha is free again and we are working with her to get her life back on track.

In addition to our work on Access to Justice, we are building “Made in Corrections”, a social enterprise that empowers indigent women and young persons behind bars with skills that could be exchanged for value while they are in prison and after they leave.
In 2020, we partnered with the Embassy of Germany to produce 1470 reusable facemasks made by 10 women in prison as a preventive measure against COVID-19. The face masks were distributed for free to the prison community and persons in low income community.

Back on Track is our reformation and re-entry project that addresses the factors that leads to recidivism and equips former prison inmates with what they need to properly re-integrate into the society,

Through our work, Christopher who would have been given the death penalty for a crime he did not commit after awaiting trial for 6 years is a free man today.

Picked up by men of the Special Anti-Robbery Squad (SARS), Christopher’s family had exhausted all his money on legal fees in spite of the prosecution not having anything against him. When we met him, he had been going to court for 2 years , no lawyer, no police counsel.

Today, Christopher volunteers with our organisation and does menial jobs to make ends meet. We are also working with him to get his life back on track. 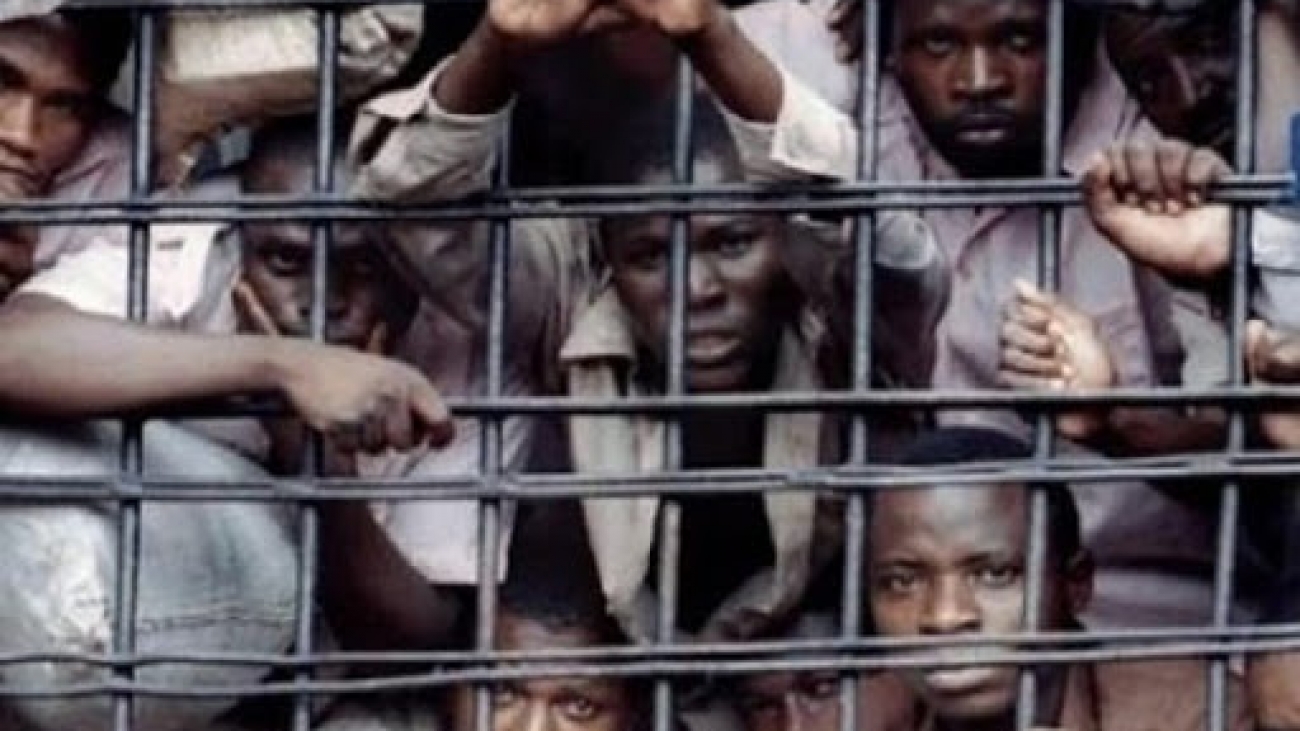 It was reported on 31st
March, 2020 that inmates of the Kaduna custodial center attempted a jail break
due to fears that COVID -19 was in in their facility. This particular center
has a holding capacity of 540 but currently holds 1200 – 1400 inmates at an
average. Social distancing or self-isolation in an overcrowded environment is impossible
as it is also the case in other custodial centers across the country.  Reports further stated that in other to curb
the unrest, arms where fired at inmates which led to injury of two. This is a
flagrant human rights violation that could have been avoided if the government
has been more proactive.

We are fighting a common
enemy of which only few nations of the world are exempted for now.  In other to completely combat the coronavirus,
protection of the lives of vulnerable populations must be prioritized. The unsanitary
conditions of our congested facilities, the non-existence of health care and
the absence of specialized hands in prison would lead to fatal consequences. Faith
based organizations, NGOS and individuals who support the welfare of inmates have
been restricted from visits and major cities are on lockdown. This means malnutrition
among inmates would be at an increase making them less immune to the virus
infection.

Furthermore, the risk of the virus been
brought into the centers by staff who are daily commuting from the prisons to
their communities is as high as a staff contracting it and spreading it in
their communities especially as correctional staff offer essential services and
thus are not affected by any lockdown. Eventually,
we would all suffer the consequences of a further delay in decongestion.

We hereby urge the presidency
and the governors of all states to leverage on their powers under S.175 of the
1999 Constitution to decongest our prisons now. We recommend that the following
set of inmates be released as releasing them would not lead to a surge in
criminal activity or fuel social unrest at this time.Inmates over the age of 65 who have served at least one-third of their sentence.

We further recommend that
part of the funds donated towards combating the COVID-19 should be directed
towards the swift implementation of these measures and the measures spelled out
in the Nigerian Correctional Service Strategic Preparedness Plan.

These measures could
spare thousands of hospitalizations, relieve pressure on our nation’s already strained
health system and, most importantly, save lives. The cost of decongestion far
outweighs the cost of a jail break or a COVID-19 Outbreak. We urge the government
to recognize the urgency at hand and take immediate action.